Norah submitted her story "Anna" to the foundation's $1000 for 1000 Words Writing Contest. The foundation received over 500 stories for this year's contest. About 15 percent of those stories were selected as finalists for consideration for prizes and publication in Bluefire, and of those stories, only seven grade-level winners and 19 Honorable Mention winners made it into the journal -- Norah is in that select group!

"Anna" will be published in the annual anthology Bluefire in April. Congratulations Norah for submitting an outstanding piece of creative fiction with your story.

Below are responses from two of the judges who read "Anna":

"On the whole, this is an excellently written piece that effectively implies at the end that Anna will be charged with murder, despite the fact that she was a battered wife trying to save herself. The fact that her abuser was a policeman seems to seal the case against her (this woman needs a GOOD lawyer)."

"A disturbing story. Excellent job telling from different points of view; sense of why the killing occurred; focus on domestic violence by a police officer (not something written/talked about much); desperation on both sides suggests the challenges that victims of domestic violence face - that the partner realizes that the officer was abusing his wife - and that his death was perhaps due to his wife defending herself. Very powerful. I had this one in the first round, and it was powerful then, and comparing it to others, is just as powerful now." 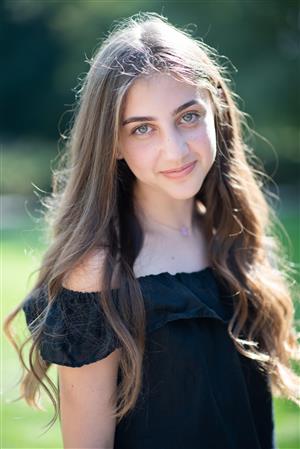