The WMS Robotics team attended the state qualifier on Jan. 11 and finished the qualifying rounds as the number one team.

The students placed 2nd for both the Design and Control award, they took home 1st for the Motivate award and were the 3rd place team for the Inspire award which gives them an automatic spot in the State Championship on March 7th.

More details on the competition and awards can be found here. Learn more about the WMS Robotics team here.

Congrats to these students on the team: 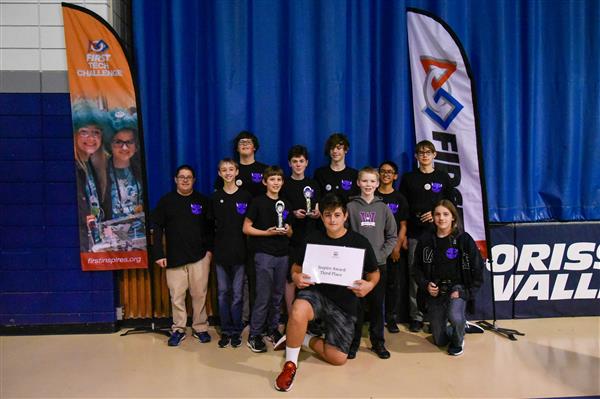