Fifth graders from each of the District's elementary schools participated in a project-based learning opportunity surrounding the question" "How do we as a museum staff, create an exhibit that tells an untold story?" This project kicked off in October when all fifth graders experienced what it would be like to be a curator at the Missouri History Museum.

Students showcased their learning, through their own research, with a pop-up history museum at CHS. Through their learning, which combined reading, social studies and writing, students researched and created artifacts to convey the message they hoped their audience would remember. Students collaborated together to create an exhibit from a time in history that they were curious about.

Exhibits featured historical topics with crafted artifacts spanning from ancient times to the 20th century. Some historians even appeared in costume and included museum guests in interactive components like being able to sign their name on the Declaration of Independence or play a vocabulary matching game. 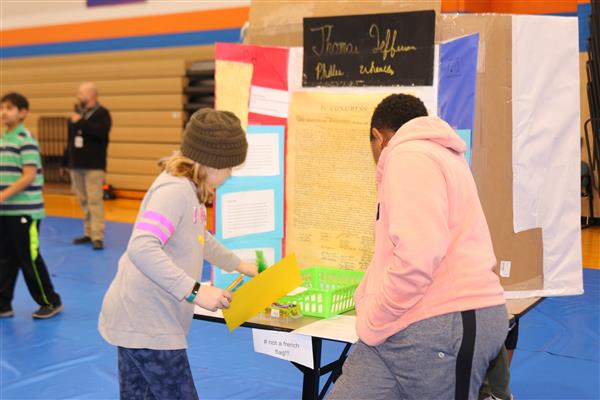 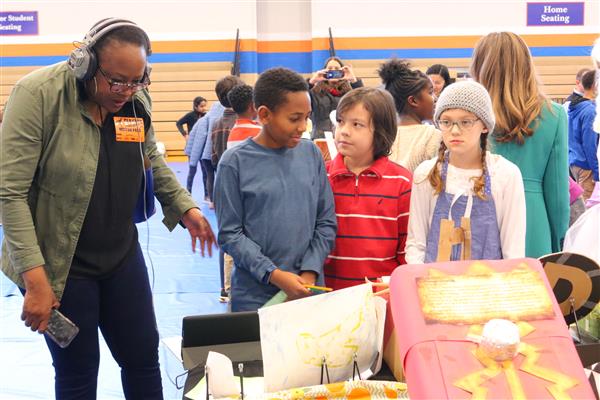 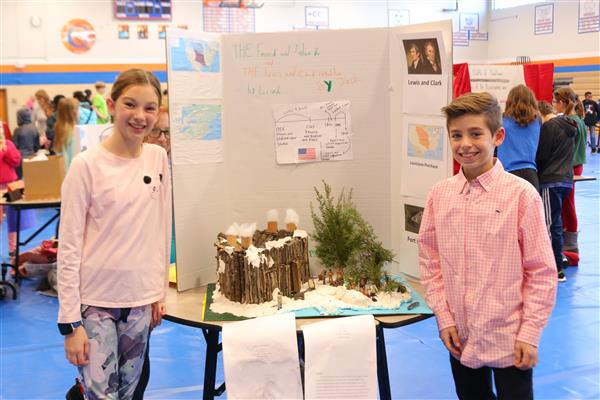 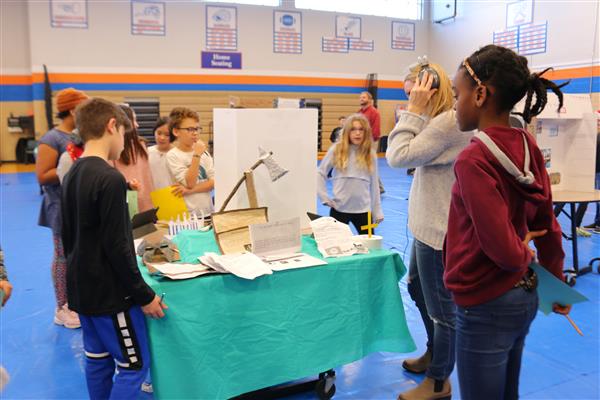 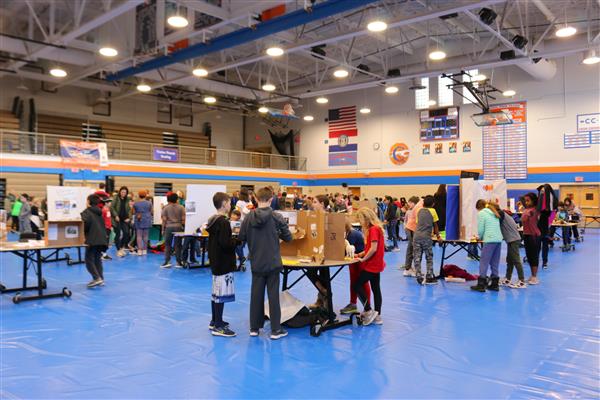 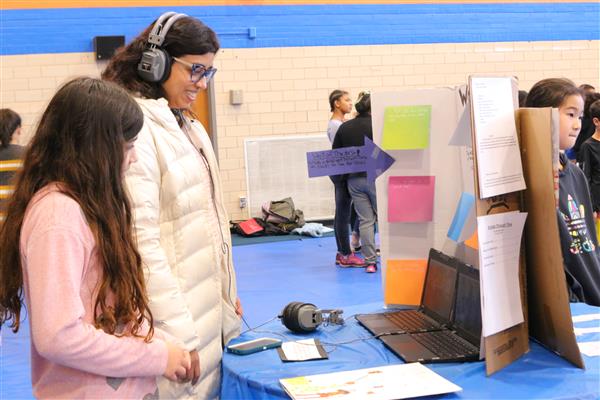 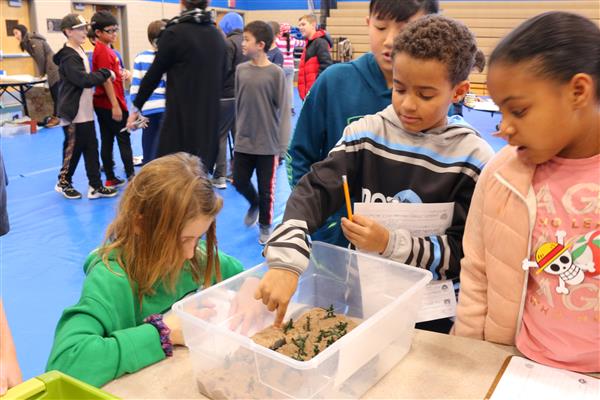 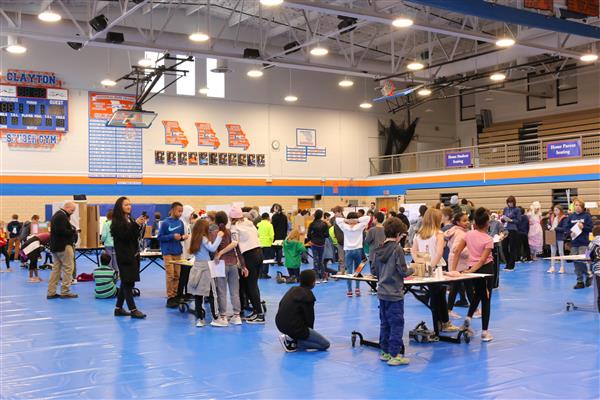 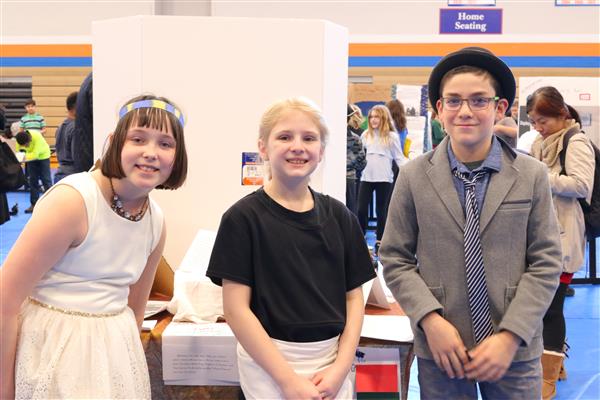 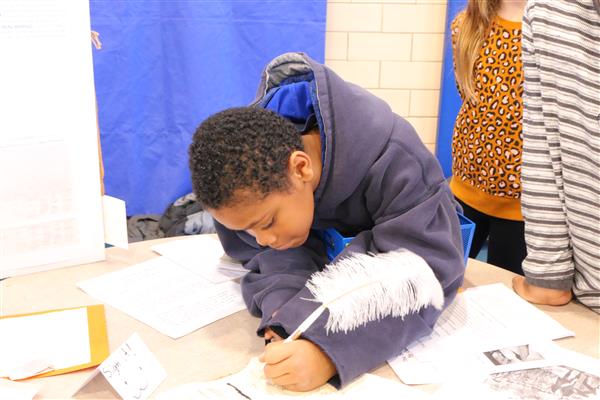 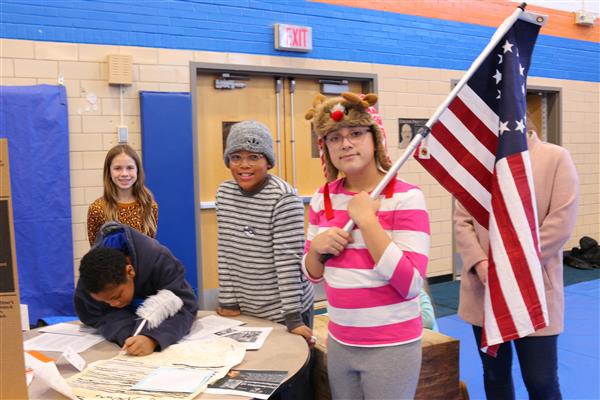