Missouri Governor Mike Parson and Education Commissioner Margie Vandeven honored Clayton High School senior Kimberley Tran during a ceremony at the Missouri State Capitol on Monday, June 10, for her selection as a U.S. Presidential Scholar. Kimberley is one of only two students from Missouri to earn the distinction this year, with only 161 seniors from across the country selected.

The White House Commission on Presidential Scholars selects scholars annually based on their academic success, artistic and technical excellence, essays, school evaluations and transcripts, as well as evidence of community service, leadership and demonstrated commitment to high ideals.

As directed by Presidential Executive Order, the 2019 U.S. Presidential Scholars are comprised of one young man and one young woman from each state, the District of Columbia and Puerto Rico, and U.S. families living abroad, as well as 15 chosen at-large, 20 Scholars in the Arts and 20 Scholars in Career and Technical Education.

During Monday’s ceremony, Commissioner Vandeven addressed attendees about what it means to be a U.S. Presidential Scholar, and CHS Principal Dr. Dan Gutchewsky spoke about Kimberley and why she is deserving of this distinction. The ceremony concluded with Governor Parson’s congratulatory remarks and presentation of certificates to the two Presidential Scholars.

Each U.S. Presidential Scholar is also offered the opportunity to name his or her most influential teacher. Tran selected CHS English Teacher Ben Murphy for this honor. Murphy will receive a personal letter from the U.S. Secretary of Education, Betsy DeVos. 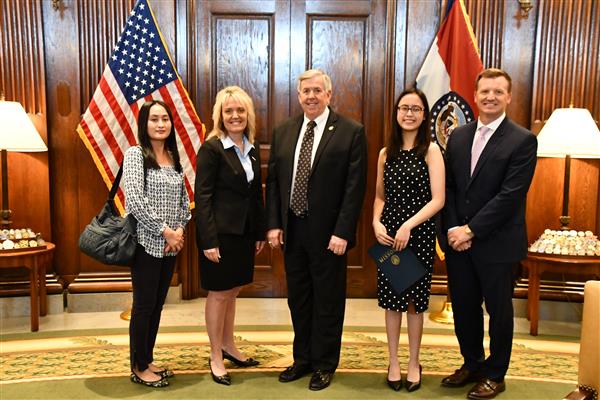 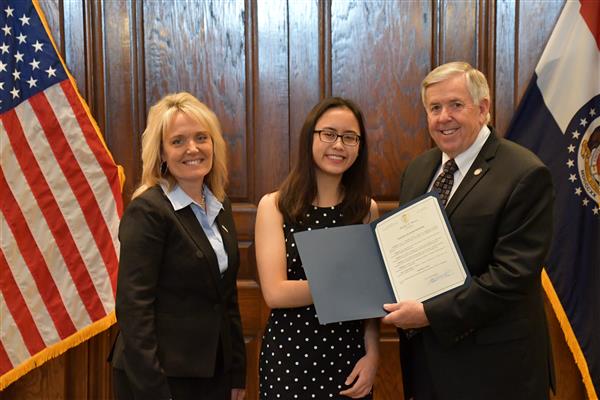 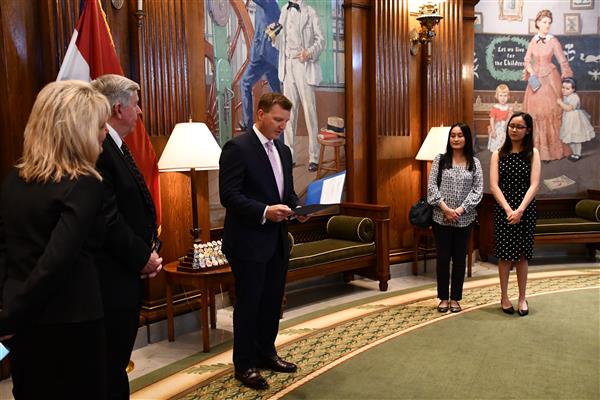 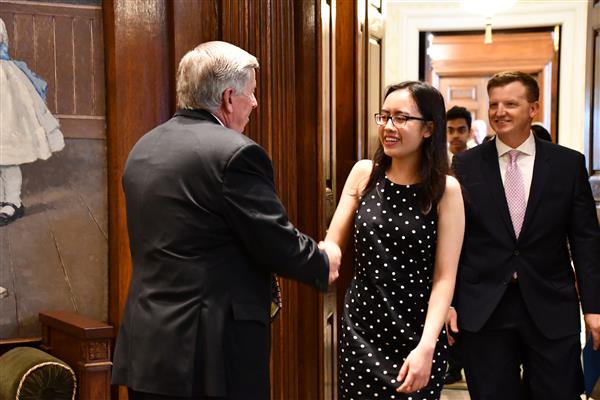 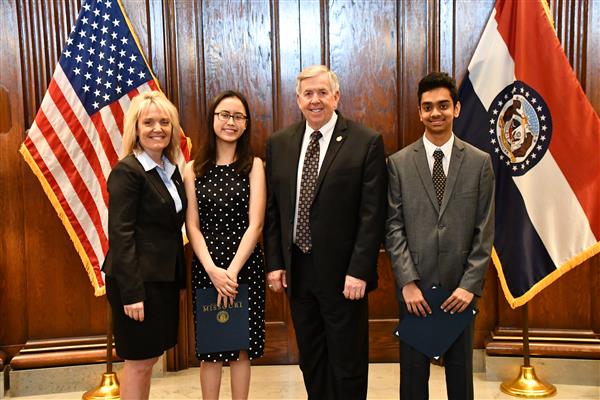 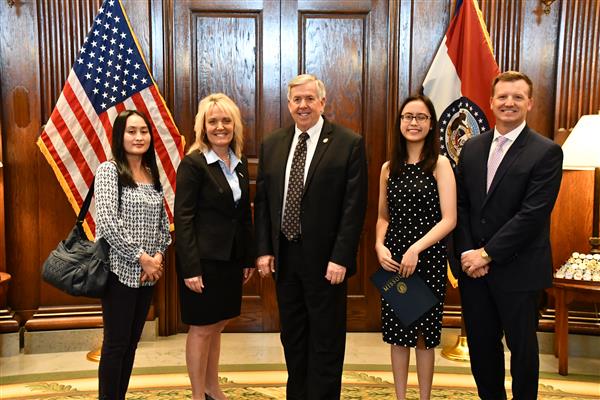 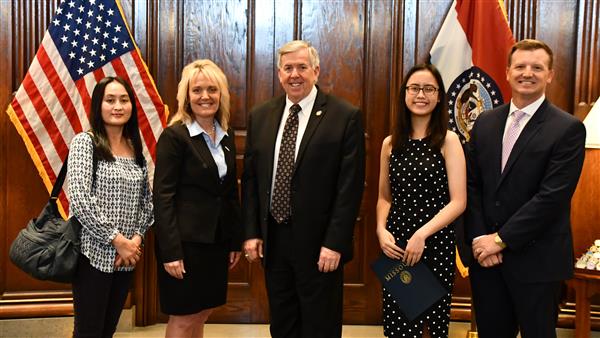 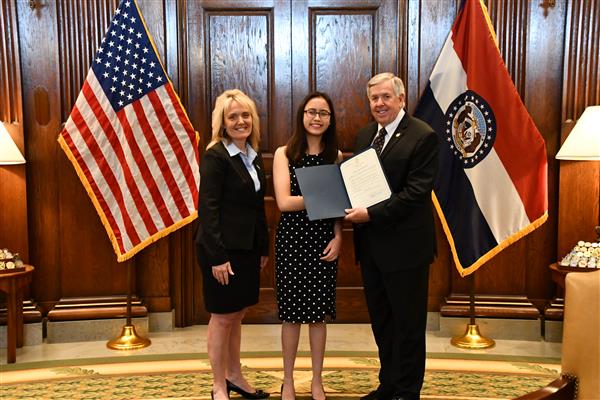 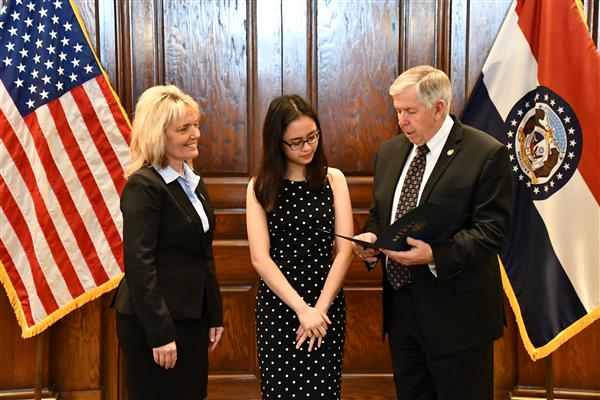 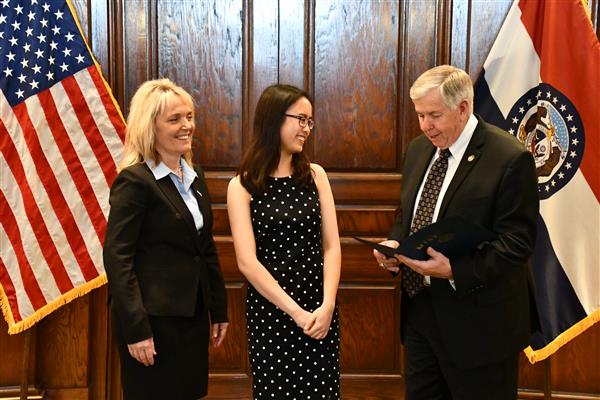 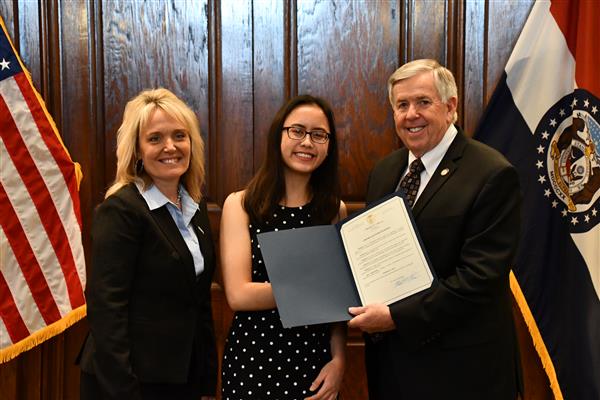