When Clayton High School seniors Michael Bernard, Jacob LaGesse and Lila Taylor, along with alumna Gracie Morris (‘18), ventured into two months of in-depth reporting on the issue of human trafficking in St. Louis, none of them expected their May 2018 cover story in the Globe Newsmagazine would earn them an award on the same stage as journalists from The New York Times and The Washington Post. But that’s exactly what happened. The students’ article, “Trafficked: Human Trafficking in St. Louis,” was the only high school print journalism piece in the nation selected for a 2019 Robert F. Kennedy Human Rights Journalism Award.

“It’s surreal,” Lila said. “I’m sure it will feel more like it’s happening when we’re in D.C. next week.”

The four CHS students started on their journey to spread awareness about human trafficking in St. Louis last spring when several incidents seemed to bring them to the topic. Michael first heard about the issue when a representative from local nonprofit The Covering House gave a presentation to his English class about their work to provide therapy to human trafficking survivors.

“There’s a very big problem of human trafficking in the St. Louis area, so I figured people needed to know about this. What better way to spread awareness than through The Globe,” said Michael. “I figured why not use our journalistic flashlights to shed light on this issue that really not that many people know about.”

To reinforce the need to highlight this issue, Globe staff were also approached by CHS Social Worker Dr. Sheila Powell-Walker, who is passionate about the topic and asked the students to consider covering it in an upcoming edition of The Globe. With Gracie having completed a video project on the topic earlier in the school year, the students felt compelled by all of those forces to write what would become a nationally acclaimed article on human trafficking.

The students’ final version of the story breaks down the issue of human trafficking into several parts, interviewing professionals from local nonprofits, the St. Louis Metropolitan Police Department and U.S. Representative Ann Wagner. But they also wanted to incorporate the human side of the story, which was not an easy task for this sensitive topic.

“For this story, getting that human side was a lot more challenging because it’s really hard for victims of human trafficking to share their stories,” said Jacob.

Through extensive research, the students found Katie Rhoades, a human trafficking victim who founded Healing Action, a local organization that provides support to those affected by human trafficking. Rhoades was willing to share her experiences as a victim and also talk about the work her organization does to support survivors.

The students’ exploration of this human rights injustice stood out to the media professionals who selected the winners of this year’s Robert F. Kennedy Human Rights Journalism Awards. The students were presented with their award by Robert Kennedy’s daughter, Kerry Kennedy, during an awards ceremony on Thursday, May 23, at the Newseum in Washington, D.C. Also in attendance at the ceremony were professional recipients from The New York Times, The Washington Post, Associated Press, LA Times, HBO and Frontline PBS. Additionally, Rep. Wagner hosted the students at the U.S. Capitol Building to discuss her human trafficking bill and the other steps lawmakers are taking to stop human trafficking across the country. 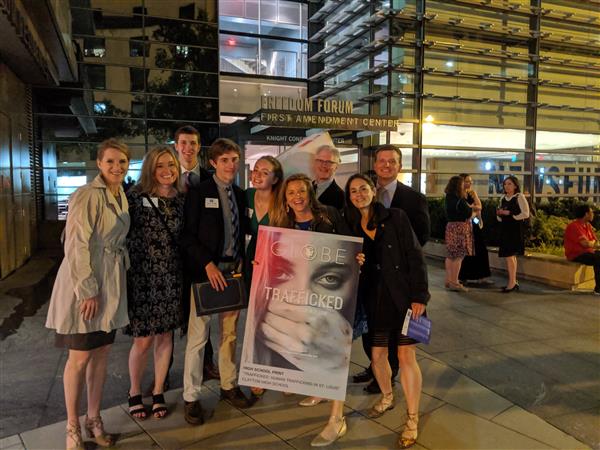 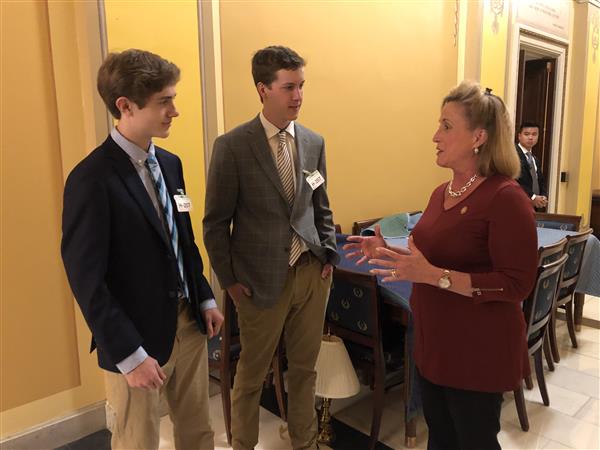 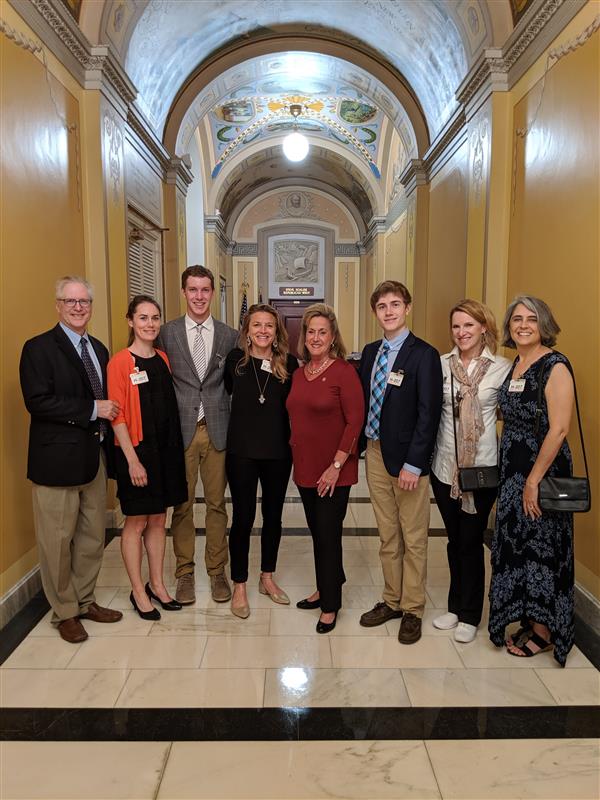 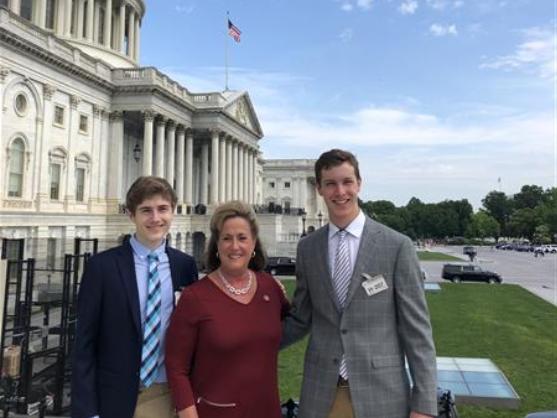