“Mr. Henderson is the best counselor in the universe.”

The students then reiterated these sentiments by reading aloud what they wrote, which Hehner recorded on video so she could share the students’ work with their parents and with Henderson.

On Feb. 7, five of Hehner’s students made a surprise visit to Henderson’s office to present him with their portfolio of character traits and a special “Mr. Henderson Rocks” banner. Listed on the back of the banner were all of Henderson’s character traits identified by the students.

“The students were very excited to honor you by writing about your character traits,” Hehner told Henderson. “We sincerely hope you feel the love, joy and appreciation that each student expressed for you!” 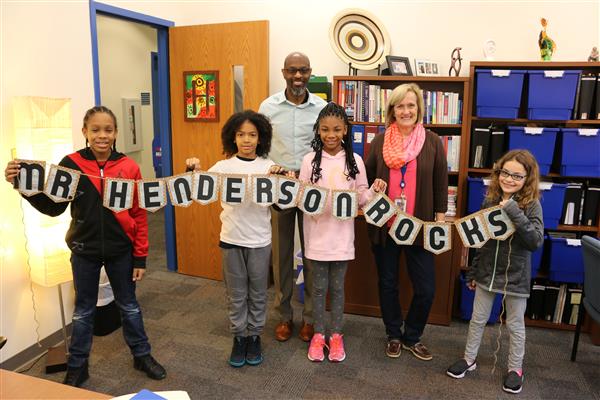 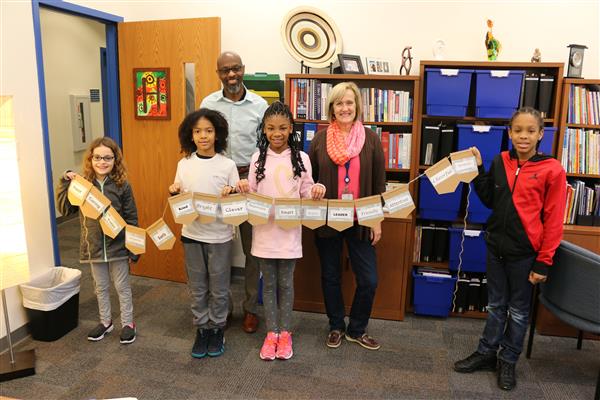 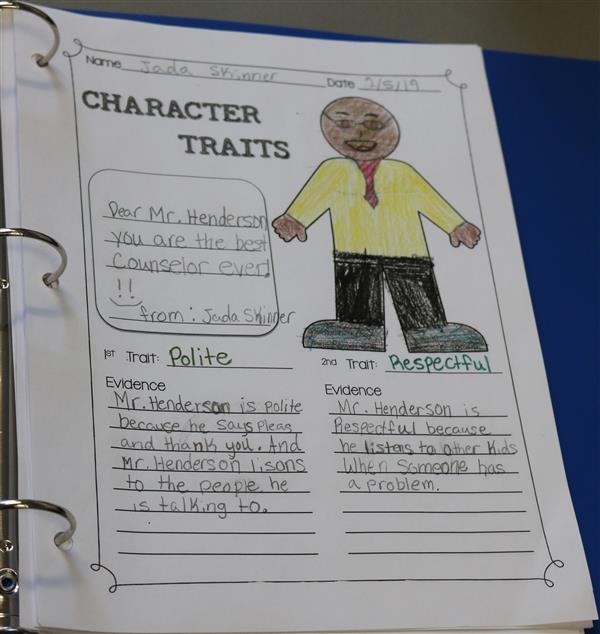 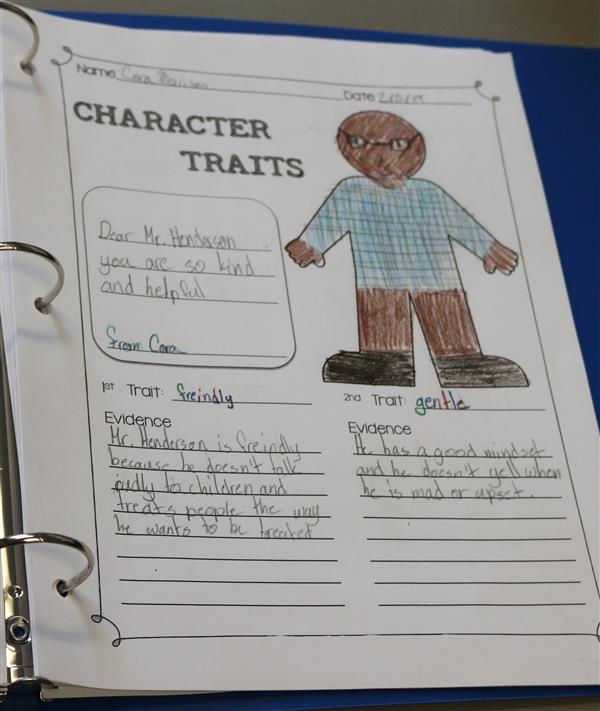 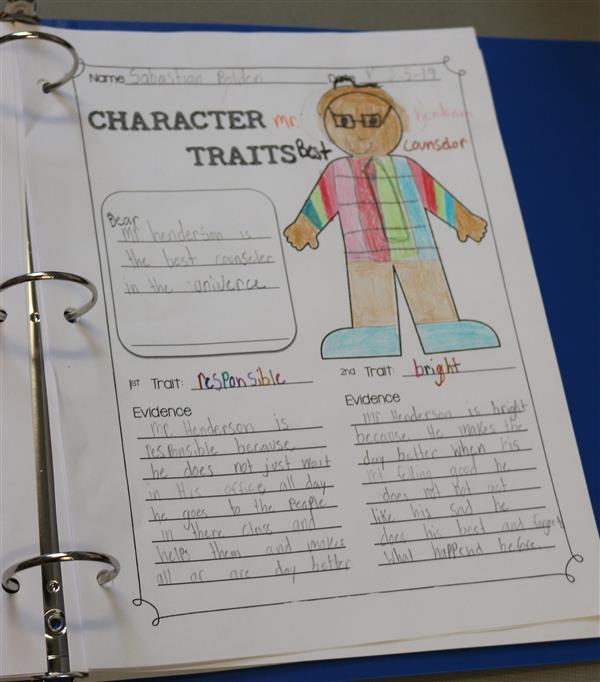