Meramec Elementary fourth- and fifth-graders and Librarian Jeri Lynn Palmer welcomed New York Times bestselling illustrator and author John Hendrix to their school on Thursday, Jan. 31. Hendrix has authored numerous children’s books, and his works have been published in Newsweek, Time Magazine, The New York Times, Rolling Stone, National Geographic and many more. He is also an associate professor and the Chair of Design in the Sam Fox School of Art and Design at Washington University.

During his visit, Hendrix spoke with students about what it means to be an author and illustrator, and he shared some of his works, which include Nurse, Soldier, Spy - The Story of Sarah Edmonds a Civil War Hero, A Faithful Spy - A True Story! , Shooting Stars, A Boy Called Dickens and Abe Lincoln Crosses a Creek. Hendrix also described to students the process of writing and illustrating a book and working with a publisher to bring the book to life. He explained how the illustrations and writing work together to create each page and build the story.

The Meramec students enjoyed learning from Hendrix and gaining more perspective about pursuing a career as an author and illustrator. 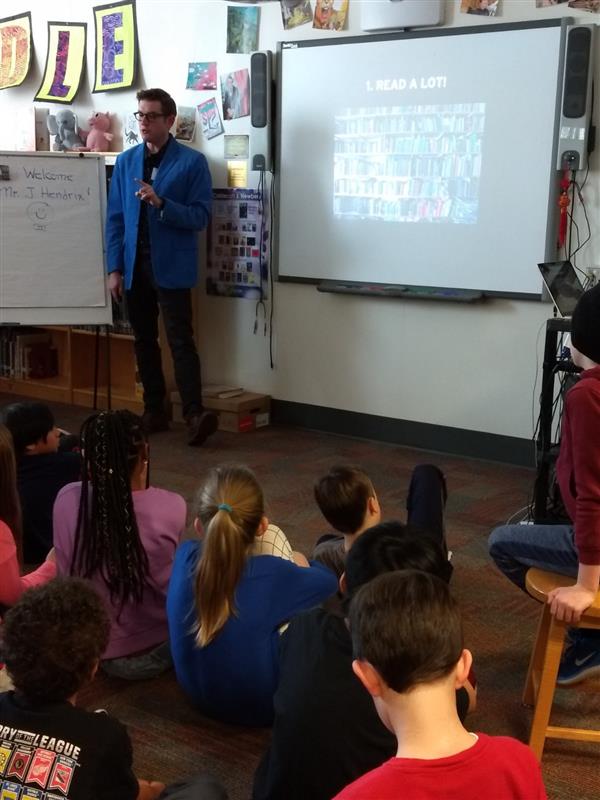 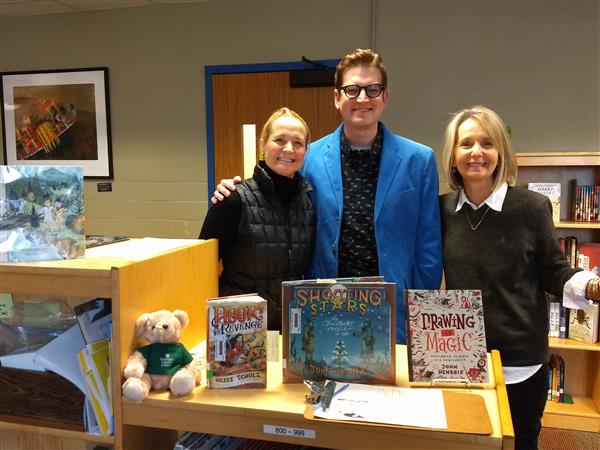